Janis RETENAIS is the first actively performing tuba teacher in the history of JVLMA. He is the founder of the Euphonium Class of the Academy and promotes euphonium performance at JVLMA. In 2001 he began teaching at E. Melngailis Liepāja Secondary Music School and in a year commenced work at the Tuba/Euphonium Class and Chamber Ensemble Class of J. Mediņš Riga Secondary Music School. Since 2002 he teaches at JVLMA; in 2012 he was appointed associated professor of the Wind Instrument Department, in 2008 he became the Head of the Brass Instrument Class, and in 2010 – the Head of JVLMA Department of Wind Instruments.
He studied at Luxembourg Conservatory with professor Patrick Krysatis and at ArtEZ Institute of the Arts (Holland) with professor Joost Smeets. He graduated the Tuba Class of JVLMA and acquired a master’s degree in chamber ensemble performance after studies with prof. Boļeslavs Voļaks (trombone). He has participated in masterclasses of the world leading tuba and euphonium performers: Roger Bobo – tuba (USA), Steven Mead – euphonium (Great Britain), James Gourlay – tuba (Scotland), Rex Martin – tuba (USA) Jukka Myllys – euphonium (Finland) Michael Lind – tuba (Sweden). He has given countless masterclasses at Latvian music schools, at further education courses for teachers, as well as at ArtEZ Institute of the Arts and Luxembourg Conservatory.

As a performer Jānis Retenais has given over 1000 concerts, premiering the Concerto for Tuba and Brass Band by A. Vecumnieks, participating in concerts of “Shady Brass Q”, BRASA NOVA, “Tubalogia” and “MAGIC 4” ensembles, as well as appearing in various masterclass-related concerts. He has also on many occasions performed various opuses as a member of symphonic orchestras and symphonic wind bands.

Jānis Retenais was the initiator and artistic director of the Riga Brass Symposium and the International Dixieland Festival “Umurga” 2012 and 2013.
In 2007 he established the Brass Ensemble of JVLMA, providing students with the valuable opportunity to hone their performance skills and enrich their brass ensemble repertoire. 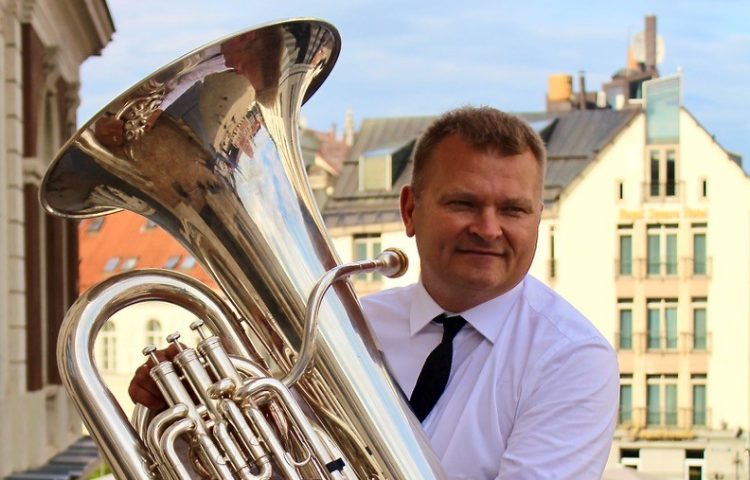